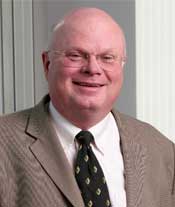 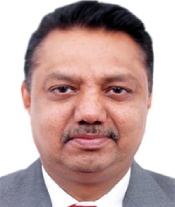 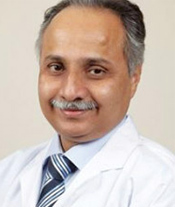 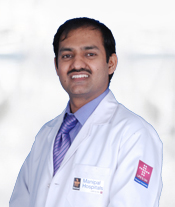 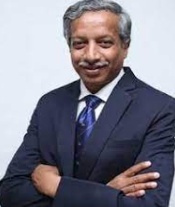 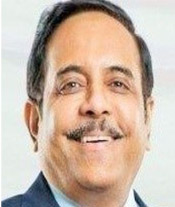 Mark D. Pegram is the director of the Breast Cancer Oncology Program at Stanford Women’s Cancer Center. Dr. Pegram earned his undergraduate and medical degrees from the University of North Carolina and worked at University of California, Los Angeles and the University of Miami Miller School of Medicine before moving to Stanford. He is a renowned clinician and scholar in breast cancer research and a leader in translational medicine. Dr. Pegram played a major role in developing the drug Herceptin® as a treatment for HER2- positive breast cancer. His work showing that Herceptin ® improved survival rates and even cured some patients with breast cancer is of paramount importance, not only for the emergence of personalized medicine therapy in breast cancer, but also highlighting the significance of the translational research.

Dr. Harit Chaturvedi is the Chief Consultant and Director of Surgical Oncology at Max HealthCare, leading a team of 80 oncologists spread over 7 multi-specialty centers. He has a rich experience of over 3 decades in Oncology. He received his MBBS and MS degrees from G.S.V.M Medical College, Kanpur and M.Ch. (Surgical Oncology) from M.G.R. Medical University, Chennai. He has worked at several specialty cancer centers in India including Kidwai Memorial Institute, Bengaluru, Adyar Cancer Center (Chennai) and the Rajiv Gandhi Cancer Institute (Delhi).

Being a crusader against Tobacco for the last 15 years through various cancer foundations, Dr. Chaturvedi has been championing the cause for cancer awareness. His ability to nurture young talent has earned him the reputation as a teacher and mentor. He has performed surgeries at live surgical workshops, presented his work in national and international conferences and has over 50 publications in peer reviewed journals. He is a keen champion of research initiatives in India.

Dr Chaturvedi has served the national bodies like Indian Society of Oncology and Indian Association of Surgical Oncology as President. His ability to create a grand vision and execute it, was once again demonstrated at the national level, when he built the brand of Indian Cancer Congress, as its first organising secretary.

Dr. Somashekhar S. P. is Chairman & HOD Surgical Oncology, Robotic Surgeon and Hipec Super Specialist at Manipal Comprehensive Cancer Center in Bengaluru. He is also a member of board of studies, Manipal University and a member of Business Advisory Board, MHEPL. His qualifications include MBBS from Mysore University, MS (Gen. Surgery) from NHL Medical College, MCh (Surgical Oncology) from GCRI, Fellowships from Fellow of Royal College of Surgeons (FRCS) from Edinburgh, Robotic Surgery Fellowship from Roswell Cancer Center from Buffalo in USA, Minimal Invasive Gynec Onco Fellowship IRCAD from Taiwan, Advanced Liver fellowship from Paul-Brousse Hospital in Paris, Clinical fellow Gynec Oncology from Mayo Clinic in Rochester, Clinical Fellow Breast surgery from University of Pittsburg Medical Centre Pittsburg in USA, Clinical Fellow Liver Surgery from Taipei in Taiwan, Robotic Surgery Fellowship from University of South Florid (USF) from Tampa in USA and Clinical Fellow Oncology from Todd Cancer Centre in Long Beach in USA.,. He received the Millenium Gold Medal Award in 2006 ASI, SSB for his work in Sentinel Lymph Node. Dr. Somashekher is a recipient of the prestigious Dr. D. D. Patel Gold Medal in Oncosurgery. He is the first in India to initiate a Robotic Scarless Thyroidectomy programme & TORS and has done the highest number of Robotic Complex Oncosurgeries in India.

Dr. K Govind Babu is a renowned Oncologist in Bangalore and currently practices at HCG Cancer Centre, Bangalore. For the past 31 years, Dr K Govind Babu has worked as a Medical Oncologist and gained proficient skills and knowledge in the segments. Dr. Govind Babu pursued degree of MBBS from St Johns Medical College in 1982. MD-Internal Medicine from Bangalore Medical College, Bangalore in 1986 and DM-Medical Oncology from Kidwai Memorial Institute of Oncology, Bangalore in 1995. He has completed his specialty training from Dana Farber and MD Anderson Centre, USA.
Dr. Govind's key areas of expertise are solid tumours and haemato oncology. He is also keenly interested in administering targeted therapy and precision medicine. Dr. Govind has treated more than 3,00,000 cases so far.
Dr. Babu has over 60 national and international publications to his credit. He is a recipient of several national and international awards and has been a part of many scientific studies, including clinical trials in oncology.
Dr. K. Govind Babu is the President of the Indian Society of Medical and Paediatric Oncology. He is the president of the SAARC Federation of Oncology. He was also the co-chair of ESMO India Summit 2020.

Dr Sharma is the Director & Professor of Surgical Oncology at the Asian Institute of Oncology, Mumbai. He has worked at the Tata Memorial Hospital for over 27 years as professor. He trained extensively at Memorial Sloan Kettering Cancer Centre New York, and also trained at Japan's Kurume university & Fukuoka University on surgery for cancer of esophagus. Dr Sanjay Sharma has published over 100 articles in reputed medical journals, written one book on breast cancer, written may chapters in other medical books. He has given over 2000 guest lectures , symposiums, orations in India and abroad on cancer of the esophagus, lung, breast, stomach, GI tract, pancreas and cervix.

Want to know about your recurrence risk?